Find below the support details of Minecraft. Besides contact details, the page also offers a brief overview of the game. 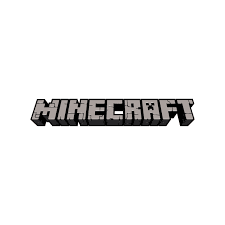 Created by Markus ‘Notch’ Persson, Minecraft is a popular sandbox video game. The game was introduced as paid public alpha initially for personal computers in 2009 and was later released in 2011. Created in Java programming language, the game has been ported to a lot of other platforms ever since. Minecraft has been labeled as the best-selling video game of all times, with a record sale of 200 million copies and an active user base of 126 million players worldwide. The game has been developed and published by Mojang Studios, which is a renowned video game developer headquartered in Stockholm. Minecraft has won several awards and has been critically acclaimed globally. The popularity of the game, besides it being pure fun, can be credited to social media, merchandise, adaptations, and conventions. The game has been widely used in educational environments, particularly in computing domains. Minecraft and Mojang intellectuals properties now belong to Microsoft following a US $2.5 billion deal. The Java Edition of the game includes its Pre-Classic, Classic, Indev, Infdev, Alpha, and Beta updates. Post-Java updates include Pretty Scary Update, Redstone Update, Horse Update, The Update that Changed the World, Bountiful Update, Combat Update, Frostburn Update, Exploration Update, World of Colour Update, Update Aquatic, Village and Pillage, Buzzy Bees, Nether Update, and Caves, and Cliffs. There are several spin-off games linked to Minecraft, including Minecraft: Story Mode, Minecraft Earth, and Minecraft Dungeons.

Minecraft has no specific goals involved in the gameplay. The players have the freedom to choose their specific way to play the game. The game involves ‘advancement’, which acts as an achievement system, in its Java Edition. The game has got the first-person perspective by default, but there is an option to toggle between first and third-person perspectives. The game is made of some rough 3D objects, particularly fluids and cubes, known as ‘blocks’ in the game. These blocks represent different types of materials, such as tree trunks, dirt, ores, stone, lava, and water. The gameplay is all about picking and placing all these blocks and arranging them into a 3D grid, after which the players can easily move. Players can also mine these blocks and place them in a way that enables them to build other things. The game involves a survival mode, where players can gather natural resources to craft items and blocks, the hardcore mode, which is a survival mode variant but is set to the hardest setting, the creative mode, adventure mode, and spectator mode.

If you want to buy Minecraft, you have a lot of options to make the purchase. The game is available on all the leading eCommerce portals. The most authentic way to make a purchase is the Minecraft website. You can explore all the Minecraft games here. You can choose the edition that you want to purchase and download it for the device that you want. Players can access the help centre of the website for assistance regarding the game editions, payment issues, playing assistance, and other support.