What to do to report lost baggage on Aeroflot

Aeroflot is Russia’s oldest and is clocking a century in the coming year. It is Russia’s flag carrier. It was touted as the largest air company in the world (and of Russia too) till the 1980s. It underwent a complete overhauling in the 1990s when the Soviet Union ended, and it replaced its older fleet with modernized western airplanes following several air mishaps and consequent air crashes in the 1970s and early 1980s. Cut to 2022, it has risen to phenomenal heights by sheer hard work and has earned the badge of one of the top-most airlines in the world as also the safest to fly as it has the world’s youngest and most sophisticated fleet.

A member of SkyTeam alliance, Aerofolot has achieved five-star standards of delivery in service which include seamless upgrades; good miles earning v/s redeeming ratio; amazing onboard amenities and WiFi facility; incredible food and beverages; and professional, well-trained, and genuinely caring cabin crew. There’s almost nothing that one could complain of. Aeroflot’s Business Class deserves special mention as the product, by virtue of all standards, is far superior to all its European counterparts. The Aeroflot lounges are extremely well-maintained and are an experience in themselves.

The airliner has a huge international and domestic network. It is headquartered in Moscow, with its main flying hub as Sheremetyevo International Airport. Before the Russia-Ukraine war, the airline flew close to 146 destinations across 52 countries. Today (as we write in November of 2022) the number has slightly dwindled (for obvious reasons) to 55 domestic destinations and 28 international ones in 15 countries which include Egypt, India, Thailand, United Arab Emirates, Uzbekistan, Turkey, Seychelles, Russia, Maldives, Kazakhstan, Iran, Armenia, and Belarus.

How to Report Lost/Missing Baggage in Aeroflot

Lost or delayed baggage is nothing new but it does leave you with a horrifying experience with lots of tense moments at the airport if the items lost qualify as prized possessions or essentials. The trick is to carry all necessities in your carry-on to help you survive at least for a few hours if you find yourself forsaken on a foreign land without the bag.

The airlines worldwide are struggling with staff crisis and increased air traffic which are resulting in delayed and lost luggage. Though there’s very little that can be done here, as a traveler you certainly can contribute much to alleviate potential headaches on a trip that lands you bagless!

You may resort to either or all of the following to report delayed/lost baggage at Aeroflot.

1) Submit a Formal Complaint at Airport 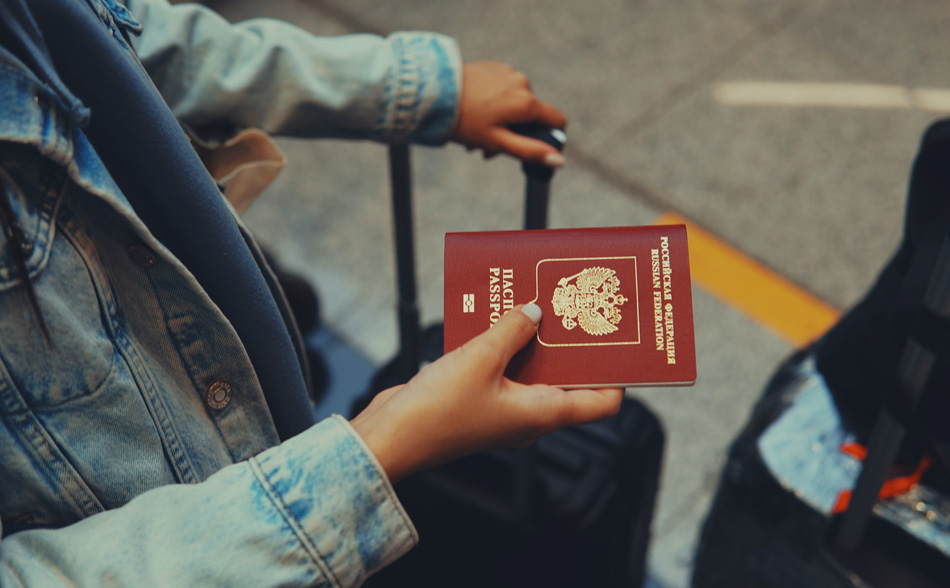 The sooner you realize that your bag has not traveled with you at the intended destination, approach the Lost and Found Desk at the arrival hall in the airport and report a missing bag complaint to assist them in launching a bag search. No action can be initiated without a formal complaint. In their parlance, it is filing a Property Irregularity Report with detailed description of the luggage, flight information, contact details with local address, phone number, and a valid email ID. Upon submission of the complaint, they will hand out a file reference number that you can use in future to track the status of your missing bag on the WorldTracer International baggage search system.

The entire process can be done online to avoid the regular hassles at the airport. Aeroflot will notify you when it locates your bag. It will even make arrangements to deliver it to the specified address free of charge. However, in the unfortunate event that it fails to trace the lost property within the stipulated 21-day deadline from the date of filing an application, you have the right to submit a claim for compensation within 6 months for domestic flights and 18 months for international flights. Note that lost or missing baggage report can also be mailed to 31 Mezhdunarodnoye shosse, Khimki district, Moscow 141425 or to the nearest Aeroflot PJSC Representative Office.

Most lost items are stored in the unclaimed baggage area for up to 6 months(in the lockers of Terminals D and C for international flights, and Terminal B for domestic flights) — this includes items left behind on aircraft/airport, or forgotten in the baggage claim area. You will need to produce a valid identification ID along with a boarding pass or flight ticket to claim your things from the area.

2) Reach Out to the Customer Support 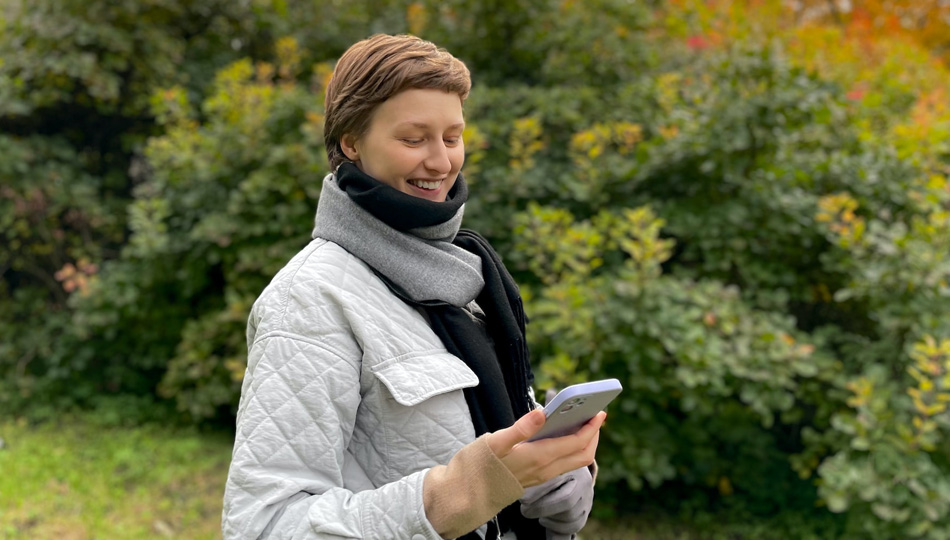 Sometimes you would like to try all possible means to reach help that is reassuring – a kind human voice has no substitute in chatbots, emails, or social media. In such a scenario that you may find yourself in a fix, dial their hotline numbers — 8 (800) 444-5555 free in Russia, and +7 (495) 223-5555 free for Moscow. International calls can be made in accordance with the tariffs of your telecom operator. The Lost & Found department for international flights, can be reached at +7 (495) 544 33 25.

The larger the support system you can make the better. Just that, a complaint once registered into the system cannot be re-entered. You can make follow-up calls as many times as you wish but the authorities are less likely to have anything new for you unless they have an update at their end. 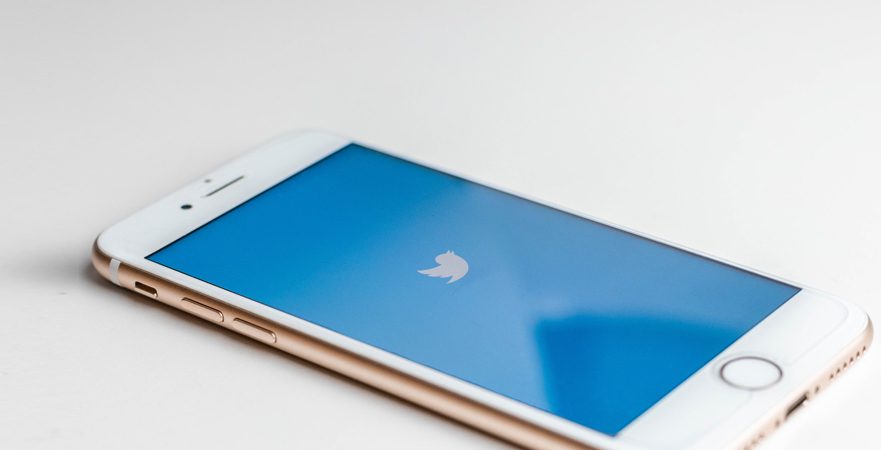 Social media is the best bet when no one responds on the phone, or the line remains busy perpetually. If you have not heard officially from anyone yet despite passing days (be cautious of the 21-day deadline), you will still be within your rights to buckle up and take the authorities to task on social media.

No flourishing company wants negative publicity so this trick might just bring things on track and expedite the matter. There is a nine out of ten chance that someone will reach out to you with updates. However, keep this alternative as your last resort when everything else fails and you are desperate to claim your property. Please take note of the following links — Facebook, Twitter and Instagram. 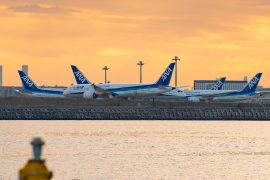 Your lost baggage guide for All Nippon Airways 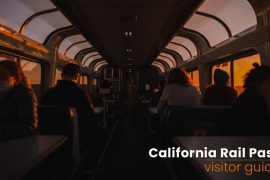 California Rail Pass: How to book, cancel or get help 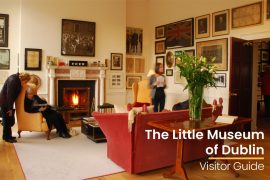