Humans consider themselves the crown of creation and the rulers of the planet. In our pursuit of comfortable and pleasurable lives, we sometimes overlook the suffering we cause to other living beings. Oftentimes, we do not even realize that we are harming other creatures or using them indiscriminately for our selfish needs. Bringing the world’s conscience into focus and highlighting the fact that all living beings have a right to live a free and dignified life, is PETA, the animal rights organization. PETA, short for People for the Ethical Treatment of Animals, has changed the way people perceive animals and has paved the way for indiscriminate use of animals for use, entertainment or as food. Founded in 1980 by Ingrid Newkirk and Alex Pacheco in Norfolk, Virginia, this American based organization currently has 9 million supporters – both full time and part time from around the globe. Their slogan says it all – “Animals are not ours to experiment on, eat, wear, use for entertainment, or abuse in any other way.”

PETA’s major four areas of focus are abuse of animals in laboratories, in the clothing industry, in the food industry and in the entertainment industry. PETA also works on relatively less prominent areas of animal abuse such as killing of animals considered pests – rodents, birds and other domestic animals. In the forty plus years of its existence, PETA has actively worked to spread awareness through public education, research, animal rescue, investigative reporting, protests and highlighting various causes through the active involvement of celebrities. Their vociferous protests and petitions have influenced policy and public opinion and have paved the way for kinder treatment of our voiceless brethren. They also advocate that animals be treated with compassion even when they get old and stop being useful to humans.

If you would like to contact PETA to report abuse, donate to the cause, or become a member, you can visit the respective country-specific website. PETA has presence around the globe and apart from the center of activities in the US; it has international sites in UK, France, Germany, India, The Netherlands, Switzerland, Australia, Asia and Latino countries. If you are based in the US, you can call 757-622-PETA (7382). For reporting animal abuse on television, you can call 323-210-2233 or write to [email protected] To report abuse in laboratories, call the whistleblower hotline on 757-962-8383 or email to [email protected] PETA US’ Cruelty Investigations Department can be reached at [email protected] As for the corporate office, it is located at 501 Front St, Norfolk, VA 23510, United States.

PETA has many campaigns going on simultaneously and the range of efforts to help animals in distress is astounding and makes us realize how insensitive we have been to lives other than human ones. Some of the current prominent campaigns can be perused on the website or on social media platforms. They have also campaigned against cruelty at sea world, drowning tests on small animals, cruel experiments on monkeys, inhuman treatment of animals at Petco, indiscriminate killing of animals for food, and circus and zoos forcing animals to perform, to name a few. You can track the ongoing or upcoming campaigns, events and fundraisers on the official Facebook or Twitter pages. There are also educational materials in the form of content and videos posted on a frequent manner.

You can lend your support to PETA by becoming a member for a nominal amount or you can make donations. Volunteers are also welcome and whenever an animal is in need of help, PETA will get in touch with you to provide services. If you are passionate about helping animals, join PETA’s Action Team to Help Animals. Upon signing up you will receive leaflets, posters and supplies on animal rights issues. Besides tips and supplies, it will help you get connected to a PETA staff member who can help with your local activism work. Are you a student? Join PETA’s Students Opposing Speciesism for activism training courses, workshops and guidance to lead campaigns. If you are interested in interning, then send a cover letter along with resume that details your volunteer works and three letters of recommendation to [email protected] Also explore local discussion forums and communities you can be part of and make meaningful contributions. 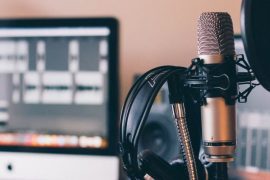 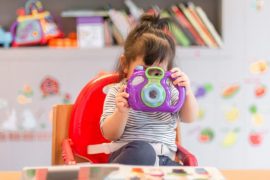 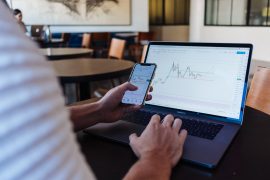 When you need help with E-Trade accounts