The Saratoga Spa State Park in Saratoga County, New York is a National Historic Landmark. And nestled in the 2,400 state park is the vibrant, cultural and happening destination – the Saratoga Performing Arts Center (SPAC). Opened in the year 1966, the outdoor amphitheater has a picturesque setting with comfortable seating provided to visitors. The SPAC sees large crowds for the summer festivals and performances organised by the New York City Ballet, the Philadelphia Orchestra, the Chamber Music Society of Lincoln Center, the Jazz Festival, Opera Saratoga and shows by Live Nation. It also hosts the popular “SPAC on Stage” series.

The amphitheater can seat up to 5,200, while the lawn can hold another 20,000 people. Events also are held at the adjacent Spa Little Theater, The Hall of Springs and the Charles R. Wood Stage. The Spa Little Theater is a 500-seat indoor theatre that is visited for shows by Chamber Music Society of Lincoln Center and Opera Saratoga. The Charles R. Wood Gazebo Stage on the other hand hosts the Freihofer’s Saratoga Jazz Festival, concert series and dance presentations. The Calendar tab on the official website lists all the ongoing and upcoming events at Saratoga Performing Arts Center. There is a seating chart online showing the grounds map along with balcony, stage and seating rows. Note that gates open 2 hours prior for classical events and Jazz Festival.

Located in the resort town of Saratoga Springs, the Saratoga Performing Arts Center can be reached by bus, train or cab. For those travelling from New York, there is one daily train to Saratoga Springs. Traveling by train from New York to Saratoga Springs takes around 3 hours. The closest train station is the Saratoga Springs Amtrak Station. If driving by yourself, there is parking available in the Route 50 lot. Gate and parking times vary for Live Nation Concerts. You can pre-book parking online via debit or credit card. Parking is free for SPAC classical performances and the Jazz Festival. Members at the Patron level have free parking at the Patron’s lot. A courtesy golf cart service is available for individuals with difficulty in walking.

As for tickets, you can search online or personally book at the Box Office. Live Nation tickets can be booked directly on livenation.com. Children under 2 are free for all events. While for classical events, the tickets can be anywhere between $30 to $105, for Jazz Festival it starts from $65. For Will Call tickets, you are advised to visit the Box Office one to two hours prior to show, with the original credit card and photo ID. The website states no refunds will be given in the event of rain. Of course, if an event has been canceled or rescheduled, you can request for a refund. New visitors note that you are not allowed to bring large bags, backpacks and professional cameras. Items not permitted also include weapons of any kind, alcohol, coolers, fireworks, animals, selfie sticks, tablets, and cans.

Visitors will find a variety of food and beverage options at the concessions building behind the Pavilion. After an event, new visitors can also explore the Saratoga Auto Museum, Spa City Farmers’ Market, National Museum of Dance, Saratoga Spa Golf, Hall of Springs, and Opera Saratoga. For accommodation, you have luxury hotels as well as those offering bed and breakfast in Saratoga.

The Saratoga Performing Arts Center is located at 108 Avenue of the Pines, Saratoga Springs, NY 12866. For queries or feedback on tickets, parking, lost and found items, or others, you can reach the support at 518-584-9330. The email address is [email protected] If you have booked tickets on Live Nation or Ticketmaster, you can sign into your account on the respective website to view or manage tickets. 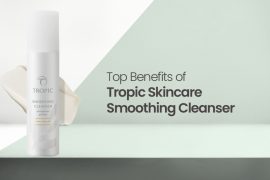 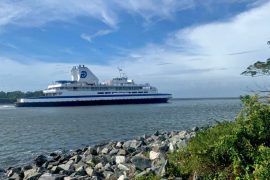