Even though Samsung’s Galaxy Z Flip 3 doesn’t offer any significant upgrade to the Z Flip or Z Flip 5G, it is the best clamshell designed smartphone in the world right now. The clamshell smartphone comes with a fancy yet sturdy design with the best available hardware specification.

The clamshell designed smartphone comes with an armour aluminium frame to withstand more brutal drops and scratch resistance overlaid with Gorilla Glass Victus on the rear side. In addition, the smartphone has IP68 certification to ensure its ruggedness further. It packs a beautiful 6.7-inch, 1080×2640 pixels and a 1.9-inch 260×512 pixels super AMOLED display. Inside, the device sports Qualcomm Snapdragon 888 5G SoC, 8GB RAM and comes available in 128GB and 256GB storage options. Retaining the cult reputation of its manufacturer in the smartphone camera market, the Z Flip houses a 10MP f/2.4 selfie camera and two 12MP sensors for the primary camera setup. However, the stunning Android flagship comes with a few downsides and is quite annoying until you fix them. This article is here to help.

We will describe all the major problems users complain about on several forums and explain how you can fix them.

You should clean your cache memory partition by switching off the device to fix the issue. Later, press and hold the side key and volume up button together. Once the phone turns on in recovery mode, press the volume down to navigate to wipe the cache partition. Once highlighted, press the side key to select the option. Once the process gets finished, reboot your smartphone.

You should also refrain from wirelessly charging your device while using Android Auto features and keep your device away from direct sunlight exposure. Closing background apps and removing the device from the case also helps your device from getting overheated.

If you still notice the unusual temperature on the case itself, get in touch with Samsung customer care.

Many Z Flip 3 users have already noticed and reported an unusual battery draining issue on Galaxy Z Flip 3 even while the device rests in standby mode. Of course, there is nothing to worry about if your smartphone is a few days old, as it is a common issue with many smartphones. But if it’s not the case, you can optimise your smartphone battery by heading to Settings >> Apps, tapping on the three vertical dots appearing in the top-right corner, click Special Access. Next, tap on Optimize Battery and, click on the drop-down arrow, select all. Finally, toggle the slider beside each app you want to optimise.

You can also turn off the advanced features on your devices, such as Edge lighting or Edge panel, from Settings >> Advance Features >> Motions and Gestures. Disabling or uninstalling all other unused apps also comes in handy in this case.

Display Malfunction While Opening or Closing

On many help forums, many Z Flip 3 users have ranted, explaining the primary display of the device malfunctions while opening or closing the handset. Unfortunately, there is no authentic fix for this issue. Even the manufacturer is still about to address this annoying bug.

However, in this case, turning on your Z Flip 3 in Safe Mode is a tentative solution to it. You should also ensure the device has the latest software update from Samsung. If these two steps didn’t fix the issue, you could send a complaint to Samsung through the pre-installed Samsung Members app.

Many new Samsung devices are riddled with a common issue- the homegrown app Samsung Pay is not working, and Z Flip 3 and Z Fold 3 are two common smartphones on the list. Many European users, especially the users from the UK, have reported this troublesome issue that either the app is not functioning or opening in the German language.

Samsung hasn’t come up with a permanent fix. Still, many help forums suggest that updating the software of Z Flip 3 and updating Samsung Pay to the latest available version has fixed the problem on many devices. You can also uninstall and reinstall it later to fix this issue.

Screen Cracking on the Fold

Screen cracking is another irritating glitch on Samsung Galaxy Z Flip 3 smartphone. The user has experienced the display along the fold cracks when trying to open the device. Unfortunately, there is only one fix to this problem, and that is you have to replace the device display. If your smartphone is under warranty, you can get it done for free; you have to pay a hefty bill. 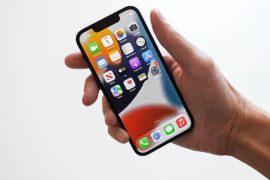