There has been a growing demand for Apple iPhone 12 globally since it was first launched in October 2020. The lineup for the flagship device included the iPhone 12, iPhone 12 Pro, iPhone 12 Mini and iPhone 12 Pro Max. Soon after it was introduced, the device became the world’s highest selling 5G smartphone, supporting ultrafast fifth-generation wireless networks. The reputation of Apple has always been about perfection in what they deliver but upgrades are key as well. Users expect substantive upgrades from last year’s iPhones so they receive something tangibly better. This stays crucial when the pricing of the smartphone begins at a much higher price than the predecessor.

On the face of it, there is not much to dig as an upgrade but the iPhone 12 line up comes with OLED display. Even the Mini version comes with an OLED panel which makes the display look incredible. With the new A14 bionic chipset, the performance remains unmatched as well; considering that this chipset is said to be the most powerful smartphone CPU till date. Still beginning at a 64GB storage option till 256GB, this smartphone will not lag in speed for at least 3 years from purchase, not to forget the guaranteed 5 year software update plan that Apple offers.

The design brings back nostalgic vibes from the early iPhone 4 and 4S, with flat edges bundled with glass back. Regardless of the fact that this design is subjective, there is no doubt that the design has managed to reduce the screen to body ratio, making it a sleek smartphone. Apple has also used ceramic shield material which apparently makes the device 4 times more durable than ordinary glass. It also gets an IP68 rating and all new MagSafe is introduced. In summary for the design and body, this is a classic looking smartphone that gives a premium vibe to the user and provides a unique grip.

The cameras see several small but noticeable improvements every year on Apple devices. This year is no different with bigger sensors and low light capabilities. The iPhone 12’s back camera setup (two 12 MP cameras) now has low light support on the ultra-wide camera as well, making it a perfect companion for camera geeks. For what it is worth, it can also record Dolby Vision HDR directly from this camera setup. This is huge, because modern day DSLR cameras could do it as of now, and having this feature on a smartphone is exceptional.

Lastly, it comes with the usual White, Black, Product Red and Green options. A Blue color has been added to the iPhone 12 line up this year that gives the smartphone a lot of character. Basic troubleshooting is a part of every smartphone’s routine. Here are some of the prominent issues discovered by users and experts with few possible solutions.

In the history of Apple manufacturing, this has to be one of the worst problems that users have come across. Some of the Product Red (products in red variant, for which some part of the revenue goes to charity) iPhone 12 models have experienced a fading on their aluminium chassis, around the sides and near the charging port. This has been affirmed by MacRumor’s discussion forum, suggesting that this can happen due to UV radiations on the body directly. More alarming is the fact that Apple does not accept complaints that has to do with cosmetic defaults. So the onus falls on the customer.

The iPhone 12 not only has a very powerful SOC that can handle tasking actions, but it is also very efficient while doing so. Though, some units have faced severe battery draining issues while on standby. On Apple’s discussion forum it was revealed that this issue has been persistent on users running iOS 14.6.

The iPhone 12 and other models in the series have introduced 5G support in the network bands. Not just that, the 12 is the only smartphone as of now to have maximum 5G band coverage making it the best phone for 5G utility. But, this addition is not helping a few users who are complaining on connectivity. Some of the users at GSMArena have also reported lower speed than expected.

Reports surfaced from users and experts at iKream that the display on the iPhone 12 flickers every now and then. This is noticeable when the phone is used to watch video or while surfing media. Even if this issue has been reported remotely, here are certain things you could do by yourself.

Reaching Out to Apple Support: 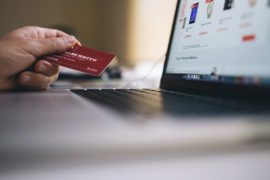 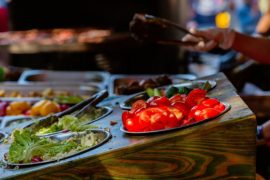 Top PayPal scams: Here is how to get assistance