The video gaming industry has taken the world by storm, and both young and old alike spend many exhilarating hours playing their favorite games. The Entertainment Software Association (ESA) conducts an annual gaming expo called E3. E3, short for Electronic Entertainment Expo, is an annual event that brings together all gaming developers, publishers, and hardware and accessory manufacturers under one roof in the form of a trade expo. Here, they get an opportunity to introduce their games and related accessories and merchandise to the press and to video game retail merchants. What was hitherto, a pure industry related expo, but with the huge expansion of the industry, from 2017 it was thrown open to the public and 15,000 passes given to gaming enthusiasts.

E3 has come to represent the most prestigious gaming expos of the year, and it attracts people from all over the world. This annual expo takes place in June in the Los Angeles Convention Center. In 2021, the expo was held virtually due to the Covid-19 restrictions and it is likely to be a virtual repeat in 2022. The expo enables video game publishers and developers to present their new releases and trailers of upcoming games through press conferences, live streams, reveal events and appearances by popular personalities. Its online version has garnered huge viewership with the collaboration of the gaming industry’s media partners joining hands to publicize the event. Gaming enthusiasts could experience exciting opportunities and competitions at the E3 expo. The virtual expo was designed by media giants Paragon Creative Agency, Smith Bucklin and 360 Live Media to make it a one-of its kind expo.

Some of the new game announcements made during the 2021 E3 Expo were Avatar: Frontiers of Pandora, Far Cry 6, Borderlands, Halo Infinite, A Pirate’s Life , Starfield, Guardians of the Galaxy, Black Panther, Naraka Bladepoint, Resident Evil Village DLC, Razer Blade 14 and The Great Ace Attorney Chronicles. Nintendo revealed its new games such as Tekken’s Kazuya Mishima, Ultimate, Zelda: Breath of the Wild. Bandai Namco and Yooreka Studios and GameSpot Play For All, also revealed their new games and trailers.

Guest appearances by Ryan Reynolds, T-Pain, Jacki Jing, Greg Miller, Alex Mendez, Post Malone, Soulja Boy, the cast of Mystic Quest, Ninja enthralled the gaming industry. Celebrities in the gaming field such as Greg Miller, Alex Mendez and Jacki Jing hosted the Expo’s digital media events. During the official E3 2021 Awards Show, Forza Horizon 5 was named the Most Anticipated Game of E3. Also unique to this expo was the Talent Appearance and panel Series called “Voices of E3”, as well as the coming together of the ESA and IGDA – International Game Developers Association to showcase Indie Developers and their talent. The presence of video gaming industry giants such as Nintendo, Xbox, Take-Two Interactive, Capcom, Konami, Warner Bros. Games, Koch Media and Ubisoft added to the popularity of the Expo. It was a treat for all video gaming enthusiasts in the United States and drew in viewers from around the world. E3 Expo 2022 promises to bring even more excitement to the gaming industry.

E3 2022 was originally planned to be an in-person event but with the spike in Covid cases, it was reconsidered to be held online. Hopefully after 2022, you can expect the E3 Expo to be held at the Los Angeles Convention Center. Game developers and publishers from around the globe participate in the event to show off their latest projects. The video game convention is not open to the general public. The participants mostly include software developers, buyers and retailers, programmers, distributors, venture capitalists, researchers and industry analysts. Representatives from the media are also invited to provide coverage to the event.

Sign up online on the website to be updated of invitations, special offers and announcements. The Entertainment Software Association is headquartered at 601 Massachusetts Avenue, NW Suite 300, Washington, DC 20001. For queries on registration you can reach out to the team at [email protected]. For feedback on event you can write to [email protected]. Gaming enthusiasts can get all the latest updates and join discussions on the official Twitch or Facebook pages. 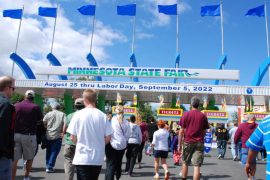 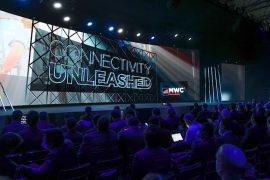 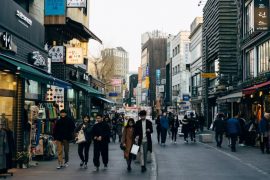