Find below the visitor support details of Vietnam Veterans Memorial, Washington DC. Besides contact details, the page also offers a brief overview of the monument. 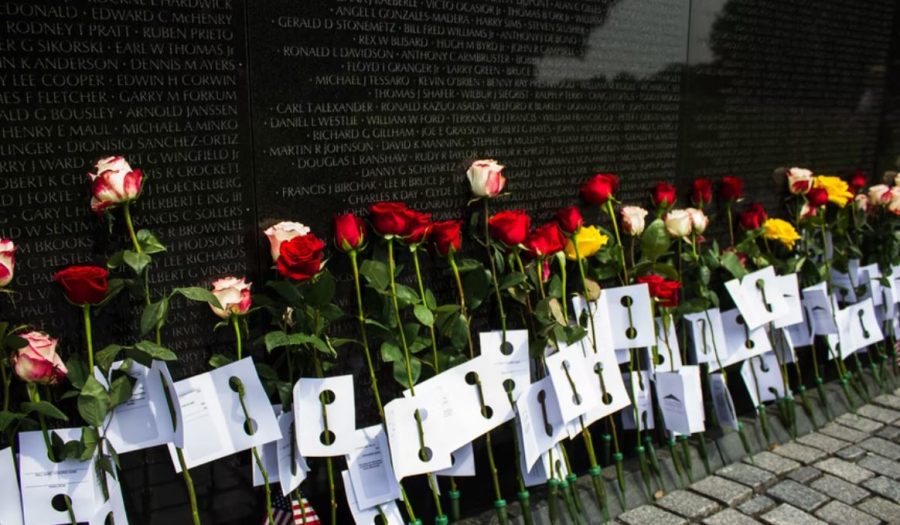 A popular tourist attraction, the memorial has welcomed over 5.5 million people since it opened. Names listed in the two 200-feet walls start with the first men killed in battle. When visiting the memorial, you can also see ‘The Three Servicemen’ statute that was unveiled on Veterans Day, in 1984. Another attraction here is the Vietnam Women’s Memorial statue that recognizes the efforts of about 11,000 women who volunteered during the war. Later in 2004, a plaque was added to the site. The text reads: “In Memory of the men and women who served in the Vietnam War and later died as a result of their service. We honor and remember their sacrifice.”

There are guided tours available to visit the National Mall and the surrounding park sites. If you want to look up a name, you will find directories placed at the monument with last names alphabetically listed. There is also a registry available online where you can search by name, date of birth, service branch or year of casualty. Did you know? Visitors to the memorial often leave items as remembrances and tributes. The National Park Service has supposedly collected more than 400,000 items till date. They include bracelets, handwritten letters, ribbons and medals.

If planning a trip, you won’t need more than 1-2 hours to explore the war memorial. It is open 24 hours a day and requires no fee or reservation. While entry tickets might be needed for Ford’s Theatre National Historic Site and the Washington Monument, you wont need any pass or fee to enter the National Mall or Memorial Parks. When there, don’t miss the opportunity to also tour the Lincoln Memorial, Albert Einstein Memorial, Korean War Veterans Memorial, Martin Luther King Jr Memorial, National World War II Memorial and Washington Museum. Visiting these monuments take less than 10 minutes of walk. As for reaching the National Mall, you can take a bus, cab or metro. The Metro rail and bus of course is the most convenient way to travel. If taking metro, take the Red Line at Union Station and alight at the Smithsonian station. For those driving, you have plenty of paid parking garages in and around the National Mall. There is one with free parking available on Ohio Drive in East Potomac Park.