Find below the customer service details of Kellogg’s. Besides contact details, the page also offers a brief overview of the company. 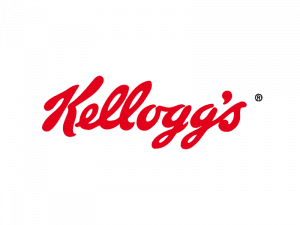 It was a century ago when Kellogg’s changed breakfast forever. The Kellogg Company started by introducing the corn flakes, and there has been no stopping ever since. Kellogg’s is an American multinational which produces cereals and other convenience foods including toaster pastries and crackers. The company is headquartered in Battle Creek, Michigan, and was founded by Will Keith Kellogg. Kellogg has posted impressive earnings since the inception. In the past 10 years, the company has recorded an annual growth of 15%. This kind of sustained growth is one of the greatest achievements of the company and considering the competition in today’s market, the feat is highly impressive. The company recorded a revenue of US$ 3.429B in 2020. Kellogg’s is a market leader today and has a presence in 180 countries across the globe. The company manufactures 100 brands and has a portfolio of 1600 food offerings. Kellogg owns manufacturing facilities in 18 regions. In the year 2020 alone, Kellogg was accoladed multiple times.

The inception of the company is as interesting as its munchy cereals. In 1876, when John Harvey Kellogg became the in charge of Battle Creek Sanitarium, his brother, Will Keith Kellogg was working for the same institute as a bookkeeper. On the job side-lines, Will Keith was working on improving the vegetarian diet for the Sanitarium patients. In 1984, both the brothers were trying to cook a wheat-based granule, and both were called for some other work. On their return to the kitchen, they found the wheat stale and to make some improvements, both the brothers decided to force the grain on rollers anyway. The grain did not come out in sheets but surprisingly came out as thin flakes. The brothers served the food in the flake form, and the flaked wheat became the talk of the town. The brothers started receiving mail orders for the food, but John Harvey was against the commercializing of the food item. This is when Will Keith Kellogg convinced his brother to give up his rights, and the Battle Creek Toasted Corn Flake Company came into existence. The company was a success and was later renamed as Kellogg Toasted Corn Flake Company. In 1922, the name was shortened to Kellogg Company.

Kellogg’s manufactures and markets some of the most popular breakfast items. The categories in the company portfolio include Kellogg’s corn flakes, Kellogg’s cereal and granola, savoury snacks, plant-based proteins, snack bars & bites, protein bars & shakes, and frozen breakfast. Kellogg’s products are easy to find. You can find the entire range from the supermarket next door. Kellogg’s has a famous product portfolio, which means you can shop for it from all the famous eCommerce portals. The company has made it big by looking into the preferences of customers, and it is no surprise that the company takes feedback seriously. If you wish to make a complaint or register your feedback, you can contact the company on their dedicated customer service line or fill up the customer feedback form.