CinemaCon: What to expect, tickets and registration

What’s the best way to enjoy a movie? Watching it in a theatre, of course. Since the onset of the pandemic, the theatre industry has suffered the most. The experience of watching a movie in the theatre has been limited for cinema lovers. But the industry has always bounced back from various kinds of adversities. Keeping the love of cinema alive is the National Association of Theatre Owners (NATO), which has been organising CinemaCon since 2011.

CinemaCon is the largest gathering for the worldwide motion picture theater industry. It is the largest cinema trade show that caters to exhibition, distribution, marketing, publicity and advertising, internet and social media. Additionally, it is a platform for theater equipment manufacturers and dealers to showcase the latest technological advances and innovative concession offerings. The event is attended by well known figures and representatives from more than 80 countries. The 2022 CinemaCon will be held at Caesars Palace in Las Vegas from 25th April to 28th April.

The CinemaCon conference center can fit in more than 500 booths and 14 suites and is held on three levels of the center. The event showcases the schedule of upcoming films, latest movie premieres & screenings. It also hosts various film stars, producers and directors. All this helps theater owners feel confident about the future of the movies at the box office. The show is attended by international and domestic cinema representatives, including single-screen theatre owners and multiplex companies, as well as distribution, marketing, and publicity representatives from international motion picture studios. You can also meet worldwide equipment and concession vendors and representatives from all ancillary markets too.

Additionally, the CinemaCon organises a Trade Show that gives the cinema owners from all over the world an opportunity to experience state-of the-art theater equipment and concession products. It specifically focuses on the motion picture theater owners and gives them a platform to find the latest equipment, products and services which in turn can make the cinema halls exciting places to be.

CinemaCon is held at the Caesars Palace, Las Vegas which has 4013 guest rooms and suites and meeting and convention facilities spread across 300,000 square foot. While the trade show is held at the Convention Center, the Colosseum showcases CinemaCon’s studio presentations and screenings. More than 6,000 professionals from the cinema industry are expected to attend CinemaCon in 2022. It also provides trade show exhibitors private meeting spaces to meet clients and make business deals.

CinemaCon offers accommodation options for all the attendees. For more information on lodging you can contact [email protected]

CinemaCon offers various kinds of registration packages according to membership types. If you register before 20th April, you just need to pay $1,085 for the International Package and $945 for the Domestic Package (for National NATO, ICTA or NAC members). Non-Members need to pay $1,330 and $1,190 for International and Domestic packages respectively. The International Package includes permission to attend all scheduled and sponsored CinemaCon events and functions that are included in the domestic package, as well as all programming and sponsored events associated with International Day on 25 April. There is also a Trade Show and Seminar Package that allows entry to officially scheduled CinemaCon seminars and Trade Show. Queries related to CinemaCon programming as well as other general inquiries can be directed to [email protected] You can also call the main office at 516-439-5511. 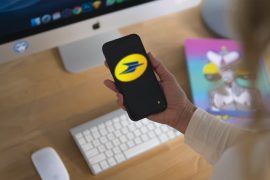 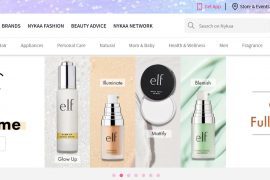 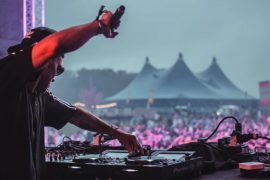