One of the most significant factors for the growth of e-commerce is not only the growth of the population but also the internet user penetration. The Philippines has got the 12th largest population in the world and with an internet user penetration of around 73%, the country is now a hub for e-commerce. This number is all set to increase by 5% by the year 2025. With such spectacular statistics, the Philippines is an attraction for many e-commerce players. The potential of the growth has attracted not only local but also some internationally renowned e-commerce ventures. Multiple online stores have set shop in the Philippines, but only a few have been able to dominate the market successfully.

Zalora
Zalora is an e-retailer founded by Kinnevik AB and Rocket Internet. Launched in the year 2012, Zalora caters to Indonesia, Malaysia, Singapore, Taiwan, Hongkong, Thailand, Vietnam, and the Philippines. The portal has made more than 30,000 products available to its customer base. Zalora caters to a very diverse market by adding hundreds of new products to their website almost every day. With an inflow of around 1,250,000 users every month, Zalora is the largest e-commerce site in Southeast Asia that specializes in fashion.

Lazada
Lazada came into existence in the year 2012. The group was created by Maximillian Bittner, who was also supported by Rocket Internet. The site first aimed at supplying products from their warehouse, but, in the year 2013, it allowed third-party retailers to sell their products through Lazada. Lazada has kept itself in the run but collaborating with various national and international brands. Lazada aims at reaching the masses by offering a wide variety of products to its customers. From cars to kitchen appliances, Lazada has something for everyone.

Shopee
Shopee was founded in the year 2015 by a Singaporean e-commerce platform Sea Group. Shopee has since expanded its operations in many countries such as Malaysia, Thailand, Taiwan, Indonesia, Vietnam, Brazil, and the Philippines. With monthly traffic of around 14,400,000, Shopee is one of the market-dominating websites in the Philippines. Shopee also offers monthly sales that have been very popular with its target group. Shopee prides itself on providing a seamless experience to its users and has thus become an important site when it comes to the e-commerce scene in the Philippines.

MetroDeal
MetroDeal is the biggest online shopping website in the Philippines. As the name indicates, this website helps its users discover the best deals for various services. With monthly traffic of around 770,000, MetroDeal specializes in gathering promotions for everything ranging from eateries to entertainment. MetroDeal currently operates in Indonesia, Thailand, and the Philippines. MetroDeal prides itself on keeping the deals updated as quickly as possible, which allows the users to choose distinct deals each day.

Carousell
Carousell is a platform where customers sell products/services (pre-owned or new) to other customers and/or businesses sell their products/services (pre-owned or new) to the customers. Carousell was founded in 2012 in Singapore by Quek Siu Rui, Lucas Ngoo, and Marcus Tan. As of today, Carousell operates within Malaysia, Indonesia, Taiwan, Hong Kong, Australia, Cambodia, Macau, New-Zealand, Canada, and the Philippines. What makes this platform more interesting is that everything from Cars to fashion can get listed on the website.

Here is how to report on eBay shipping or cancellation 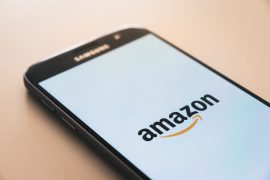 How to complain on Amazon US for cancellation and refund