Find below the customer service details of The Sims. Besides contact details, the page also offers a brief overview of the game. 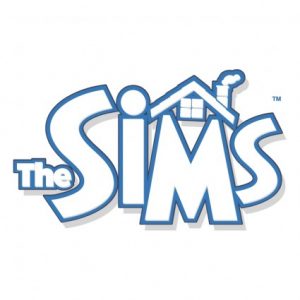 The Sims is a life simulation game first launched in the year 2000 and went on to produce numerous sequels and add-ons. This game simulates real-life and majorly revolves around individuals and their relationship with each other. This game was developed by Maxis and published by Electronic Arts. More than 200 million copies of the game have been sold so far. There is an interesting story behind the development of The Sims. The original creator Will Wright lost his home during the Oakland firestorm of 1991.  While mourning the loss of his beloved house, he built a virtual home. While he was trying to rebuild his home in real life, he kept updating his virtual house step by step as well. The directors at Electronic Arts readily saw the potential in the game and purchased the game from Maxis. The first edition of this game was launched on 4th of February 2000. By 2004, the second version of the game called The Sims 2 was introduced. In 2009, The Sims 3 was launched by the company. Subsequently, another version by the name of The Sims 4 came out in the year 2014. Multiple spins offs also came out from time to time to keep the users engaged.

Most of the games in the franchise are sandbox games, also known as non-games or software toys. Such games do not have an objective, instead the user or player has creative options at his disposal. These options allow the game to be more of an open-world concept.  The virtual characters are placed in houses in virtual cities or suburban areas. The players are given the option to either place their characters in pre-constructed homes or build homes for themselves. The players are supposed to direct the mood of their virtual character and cater to their needs. While the majority of the games under the banner are sandbox games, there have been some games introduced under the franchise which were of gameplay style. The games were mostly included in consoles or extension packs. The expansion packs help a player perform multitudes of actions. The company has launched a large number of expansion packs. The Sims holds the Guinness world record for “most expansion packs for a video game series”. It also holds the record for the “best-selling PC game series”. The series went on to win many other accolades. It ranks 10th among the best-selling video game franchises of all time.

The Sims can be played on all major platforms such as Microsoft Windows, Mac OS, PlayStation 2, Gameboy, iOS, Android, Blackberry OS, Nintendo DS etc. While Will Right developed the game as a satire to the American culture, it did not much time for the game to become popular across all major platforms. The company even launched a Sims game for both Android and iOS in 2017. Players can seek help from the EA blogs. If you want to register a complaint related to the content or a technical issue, you can do so by contacting the EA via the contact form available on the website.