About Museum of Liverpool
Located at the West coast of England, at a historic waterfront World Heritage site is the Museum of Liverpool, with over 6000 collectibles, portraying the eminent history of the city of Liverpool. In 2018, the newly built museum celebrated 10 years of representing Liverpool’s social, cultural, and historical evolution. 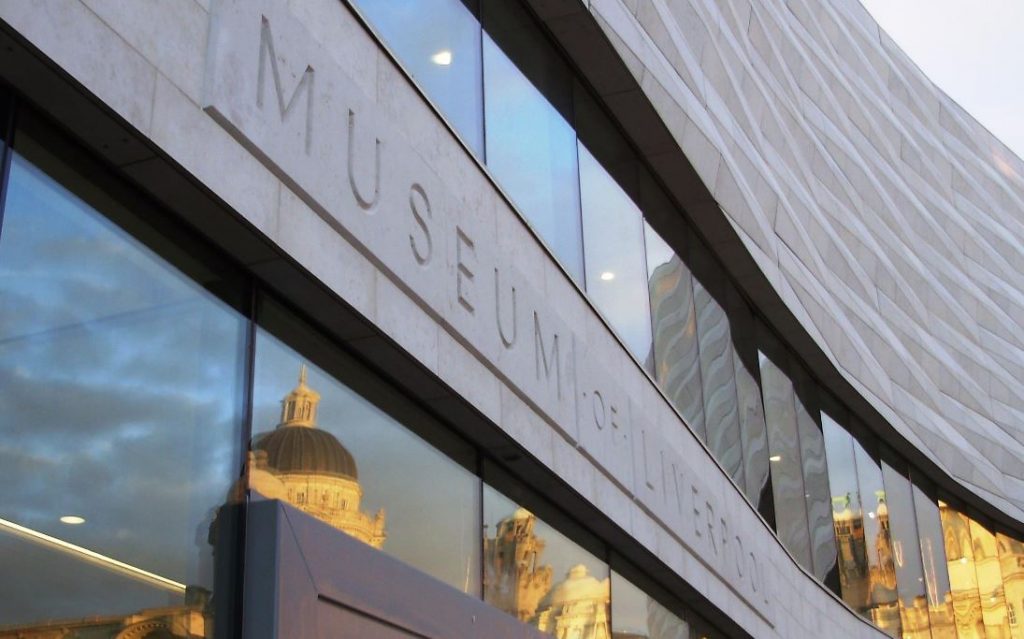 Opened in 2011 on Mann Island site, the Museum of Liverpool replaced the original Museum of Liverpool of Life, and bagged the “Council of Europe Museum” award in 2013. The display exhibits hold collections, dating back to over 200 years, and unfolds over 8,000 Sq.M of floor space, with flexible spaces to display, a variety of collections.

The Museum has four core zones, namely the Great Port, Global city, Wondrous place, and People’s Republic, functioning as themed galleries for the archives of historical, archaeological, industrial, urban and social timelines, of the regional city of Liverpool.
It is the world’s first and oldest National Museum, dedicated entirely to the history of the City of Liverpool, dating back to over 200 years.

The lower gallery, on the first floor highlights, exhibits belonging to the industrial revolution, urban evolution, and economic growth of the Liverpool city and, the upper gallery on the second floor focus on settlements, social and cultural diversity of the city.

The museum displays some of the earliest collections of the city, such as the first steam locomotive of Liverpool, historical artifacts of World War I, street cultures of Irish and Welsh heritage, lego replica of the Cathedral of Liverpool, old railway carriages and the Lotus sport bike. The upper gallery holds photographic archives, posters, paintings and reveals spectacular views of the “Three graces” and, the Albert Dock overlooking the city waterfront.

Nearby the waterfront site is the Royal Albert Dock, RIBA North, Beatles Statue, Open eye gallery, Pier head, Port of Liverpool, and the Merseyside Maritime Museum. The museum is the busiest on the weekends, and the quietest on Thursdays and Fridays, and is less crowded during the winter season, and the summer season in the month of July and August is the most-often visited time of the year.

Museum of Liverpool is open all round the year, between 10am-5pm. The ground floor area has public amenities, such as cafes, shops, and lounge for visitors and the first and second floor, has themed galleries for the exhibits, and the entry is free for all, to visit the museum and gallery spaces.

Nearest airport is the John Lennon Airport (JLA), and is 60-minutes away, and the Liverpool International Airport is a 1-hour and 20-minutes’ drive from the museum. Nearest stations are at James Street (3 mins), Liverpool Central (20 mins), and Liverpool Lime Street (20 mins). The nearest bus stop is at Paradise Street, and car parking is available at the Albert Dock and, for cyclists, parking is near the Western Railway Building. For complaints or queries on tickets, timings, events, cancellation, membership, career, or others, reach the Museum of Liverpool support.