Melia Hotels International is the largest hotel company in Spain and the third largest in Europe. Headquartered in Palma, Majorca, Melia Hotels serves more than 25 million guests each year and has more than 350 hotels in 40 countries. Formerly known as Soi Melia Hotels and Resorts, the brand today is reported to be the world’s largest resort company. It employs close to 39,000 people worldwide. It’s associate brands include Paradisus Resorts, ME by Melia, Gran Melia Hotels & Resorts, Innside By Melia, Tryp Hotels, Sol Hotels and Club Melia.

Guests can book a Melia hotel by destination or hotel name. Countries where you can find Melia hotels include Austria, Argentina, Bulgaria, Croatia, Germany, Italy, Portugal, Spain, UK, Argentina, Mexico, US, China, Indonesia, UAE, among others. Every property listed on the website offers detailed hotel description, photos, rooms and suites types, reviews and services and facilities such as parking, WiFi, restaurant or airport shuttle. You further have a map, location and contact information to assist you with your booking. For cancellation or refund policies contact the hotel or the Melia customer service.

You can access your booking online or make changes to the itinerary without having to call the customer service. Join the MeliaRewards loyalty programme to earn and redeem points. There are three tier levels that come with a range of benefits. Members enjoy exclusive prices, exclusive online check-in, priority access at check-in, discounts with partner companies, among others. For more information or queries on payment, refund, cancellation, or others, reach the Melia Hotels customer service. 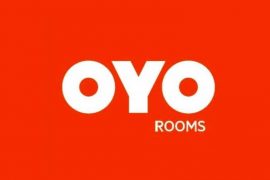