About Manas National Park
Manas National Park is a wildlife sanctuary in Assam, situated in the foothills of the Bhutan-Himalayas. Established in the year 1990, the park is managed by the Government of India’s Ministry of Environment and Forests. Popular for being an elephant and tiger reserve, the national park is also known for its rare and endangered species. Lying alongside the Manas River, the park is also recognised for its rich biodiversity. The forests, once inhabited by the Bodo, Adivasi and Rajbongshi communities, became a UNESCO World Heritage Site in 1985. 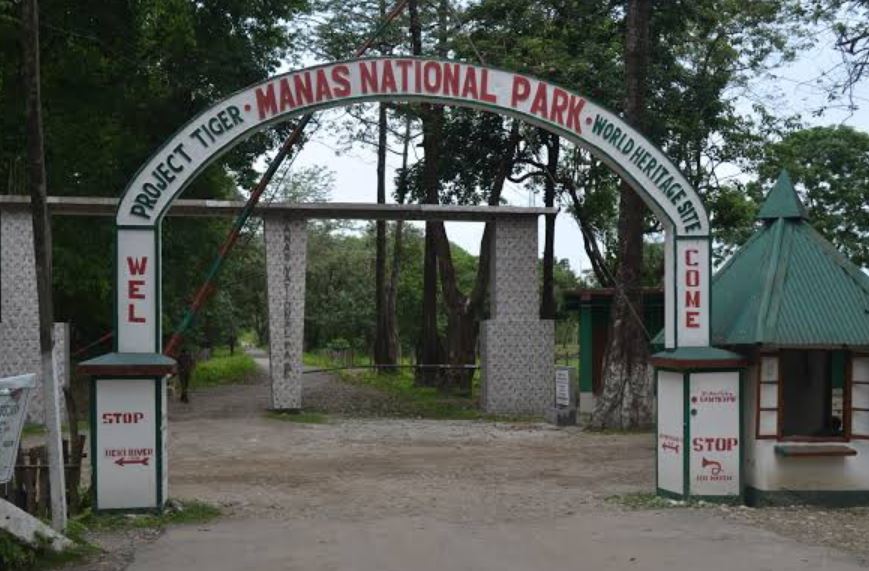 Covering an area of 39,100 hectares, the park remains open from October to May every year. It is advised to not plan your trip during monsoon as the park experiences heavy rainfall and even floods. You can plan jeep safaris, river rafting and jungle tours through agencies. As for travel, Barpeta Road is the nearest town. If travelling by air, you can alight at Guwahati International Airport. Those that prefer train from Guwahati can check for stops at Barpeta Road Railway Station. The park is divided into three ranges – one at Panbari, the other at Bansbari and the third at Bhuiyapara.