Find below the customer service details of Little Tikes. Besides contact details, the page also offers a brief overview of the company. 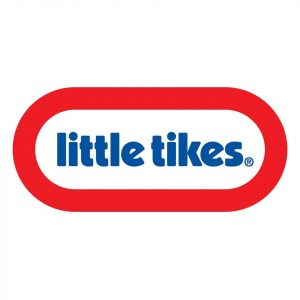 Little Tikes is an American toy manufacturer headquartered in Hudson, Ohio. The company was established in 1969 by Tom G. Murdough. Initially acquired by Rubbermaid in 1984, Murdough signed an agreement with the latter agreeing on the condition that he will stay with the new parent company as general manager and president for five years. Little Tikes was later acquired by MGA Entertainment, in September 2006, for an undisclosed amount of money. The firm is famous for its Cozy Coupe toy car, a red and yellow piece, which recorded sales of 6 million units in 2004. The Cozy Coupe was declared as the world’s best-selling car for the decade by the New York Times in 1998.

When Rubbermaid took over the company in 1984, Little Tikes was employing 500 people. Over the years, the company began to experience problems that included high material costs and low demand. This was when Little Tikes bolstered research and developmental activities. The company did not only revamp the product displays but also increased the frequency of new product launches. During 2000, when the company launched the spring line with over thirty products, the company began a new era of growth and innovation. Little Tikes still focuses on consumer research, and most of the products stimulate role-play and creative imagination of the children. Little Tikes also strengthened its foothold when it collaborated with Thinkway International, Team Concepts North America, Prestige Toy Corp, for making its toys more educational and interactive. The company also created a stronghold in the market by rolling out additional lines, including licensed characters, bath toys, and wood furniture.

Some of the current favorites from Little Tikes include Cozy Coupe 30th Anniversary Car, First Slide, Easy Score Basketball Set, Cozy Truck Ride-on, 2-in-1 Snug ‘n Secure Swing, Light ‘n Go Activity Garden Treehouse, Tough Workshop, Deluxe 2-in-1 Cozy Roadster, and Gas ‘n Go Mower. If you admire Little Tikes, their official website might be a perfect shopping destination for you. The site lists all the toys made available by the company, in categories. You can find Active Plays, Ride-Ons and Wagons, Preschool Toys, Furniture, and Baby Toys. The website also lets you filter out the toys as per the age groups, price limits, and features. You will have to click on the item you like and click “buy now”. Further, you can track the online channels and nearby retail stores that stock the product. Little Tikes toys are available with Target, Amazon, Hamley’s, Best Buy, KOHL’s, Walmart, and other leading outlets.