Find below visitor support details of Gardens of Versailles, France. Besides contact details, the page also offers a brief overview of the tourist destination.

About Gardens of Versailles
A handiwork of perfection, balance, order and symmetry, the Gardens of Versailles in France is a world-renowned landscape built in the 17th century, during the reign of King Louis XIV in 1661. Located in the Northwest side of the palace, the garden site is officially known as the Jardins du château de Versailles in French, and is the masterpiece of French landscape architect Andre Le Notre. 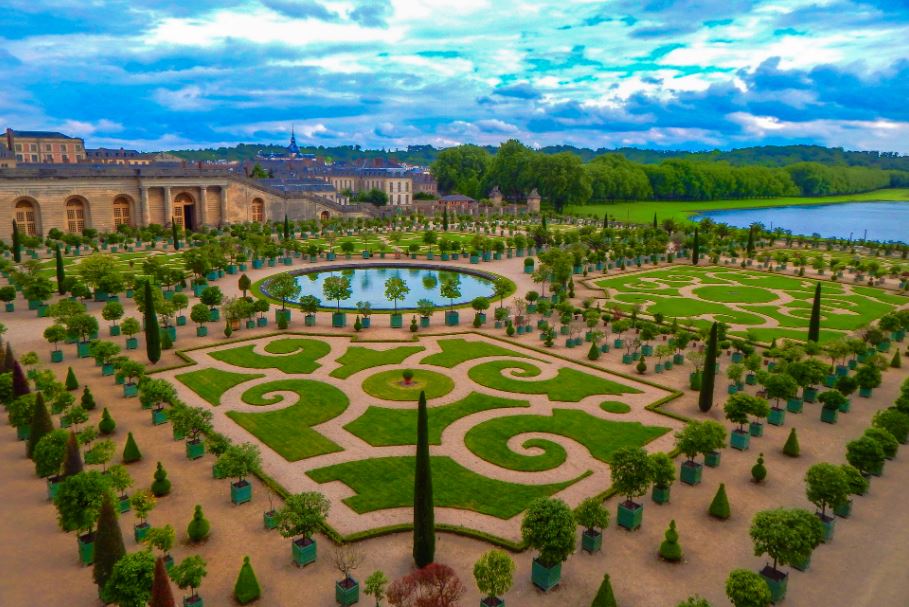 The construction and development of the garden lasted over 40 years, and the site layout has over 300 statues, 50 water fountains, and 200,000 trees, lined in symmetrical pattern. Declared as a World Heritage Site by UNESCO in 1979, the Gardens of Versailles is one of the top public attractions in France, visited by more than 6 million people every year. The royal gardener Andre Le Notre designed the majority of the garden with parterres, a formal garden bed with symmetrical patterns, to create a visual harmony and aerial perspective for the onlookers.

To create this optical feat, Andre built a cross-shaped Grand Canal as the focal point of the garden, that unfolds over 23 hectares as 2 lateral canals of different lengths, with one measuring 60m and another 82m in breadth. For onlookers, the canal appears to be larger than the actual layout, and is an optical illusion for creating a symmetrical visual from the entrance of the garden. The construction of the Grand Canal lasted for about 11 years, and remains used as a skating ground during the winter.

In addition, there are 11 important water fountains at the garden, heavily inspired by the Roman and Greek mythologies, and must-see fountains include the Animal fountain, Apollo fountain, and the Dragon fountain. The garden is also home to Europe’s largest Orangery, a high vaulted ceiling for growing orange trees during the winter. Other attractions include the Gondolas gifted from Venice, and the Potager Du Roi (King’s fruit and vegetable garden).

Open 7 days a week, the best time to visit the Gardens of Versailles is from April-October, and from November- March. During the peak season in summer, the garden opens at 8:00am and closes at 8:00pm, and in winter at 6:00pm. Must see attractions at the Gardens of Versailles are the spectacular musical fountain and musical garden shows, held every year from March-October, along with blooming flower collections during the summer.

Entrance is free for all to visit the Gardens of Versailles, except on the days of musical fountain shows. The ticket for the musical fountain show costs about 9.5 Euros for adults, and 8 Euros for children aged 6-17 years, and 7.5 Euros for disabled visitors. Tickets are available at the entrance of the garden courtyard, and the shows are mostly scheduled on Saturdays and Sundays from April-October, and on Tuesdays from May-June. For complaints or queries on tickets, cancellation, photography, parking, or others, reach the Gardens of Versailles support.