Find below the customer service details of FIFA game. Besides contact details, the page also offers a brief overview of the game franchise. 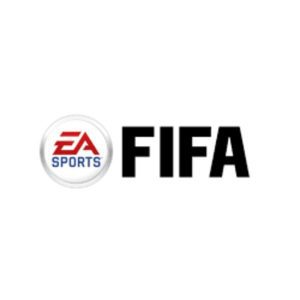 FIFA is one of the most famous games developed by Electronic Arts under its EA Sports label. This football simulation video game has been a next-level addiction to millions of players worldwide. FIFA has been called the slickest and most polished video game and truly so. The game has been localized in 18 languages and is available in as many as 51 countries. FIFA has sold 282.4 million copies and is one of the best-selling video game franchises in the world. The series was started in 1993 with an official license from FIFA, which is the global governing body for football. The editions of the game have, one after another, attracted a huge chunk of players. FIFA has launched editions which have exclusively featured some of the renowned teams across the world. Some of the leagues and teams to be featured by the FIFA includes English Premier League, Italian Serie A and B, EFL Championship, La Liga & La Liga 2, Portuguese Primeira Liga, French Ligue 1 & 2, Turkish Super Lig, Polish Ekstraklasa, American Major League Soccer, Argentine Superliga Argentina and so many more. These football leagues have licensed FIFA to use real club/league names and player names. There are some additional installments besides the main series, based on some major tournaments including, UEFA Champions League, FIFA World Cup, UEFA European Football Championship, and other football management titles. The game is estimated to be garnering a revenue of US $800 million each year.

FIFA 12 edition of the series is known to be the fastest-selling sports game and has recorded a sale of 3.2 million games and also generated the US $186 million in the first week of its release. The latest edition, FIFA 21, was launched in 2020 for PlayStation 4, Nintendo Switch, Xbox One, and on PC. FIFA 21 came with the slogan ‘Win as One’. The game features Kylian Mbappe as its cover athlete for the Standard, Ultimate, and Champion editions. EA has focused on the sense of the impact of the shots, tackles, kicks, passes, and catches with its better controller haptics. If you are playing the game on PlayStation 5, the DualSense controller can enhance the gameplay with its responsive haptic feedback, and the player can feel the rhythm of the game. FIFA 12 has a better career mode with detailed attention given to the jumping option in its games. The new battles can be played in new areas such as Rome, Dubai, and Sao Paulo.

If you want to purchase the latest edition of FIFA, you can shop from all the leading and eCommerce stores. One of the best ways to make a purchase is by logging into the official website of EA. You can choose a platform that you want the game for (PS4, Xbox One, Nintendo Switch, Steam, and PC. Click on the platform, and click ‘buy now’. Make the payment, and you are good to go. If you have any issues with the game, you want to report a bug, or you want information related to promotions, content, account, you can seek assistance from the help section of the EA website.