Find below the customer service details of FIFA 21. Besides contact details, the page also offers a brief overview of the game. 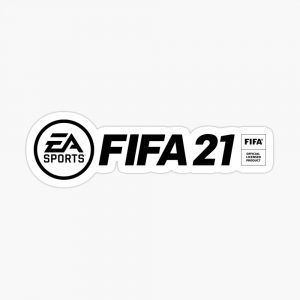 FIFA 21, one of the best-selling physical games in 2020, is a part of the FIFA series published by Electronic Arts. The game was released in October 2020, for PlayStation 4, Microsoft Windows, Xbox One, and Nintendo Switch. According to a report published by GfK Entertainment, the game was the biggest selling title for the last 16 years in the UK, Germany, Spain and Italy. FIFA 21 was added to the series after the dominating success of FIFA worldwide. EA also released the enhanced versions of the game for Xbox X and S series, and PlayStation 5 on December 3, 2020. The game was released with three editions: Ultimate, Champions and the Standard. Featuring more than thirty official leagues, 17000 players and over 700 clubs, FIFA 21 continues to enjoy the loyalty of millions of FIFA admirers. EA, known for some of the most amazing gaming hits, has successfully hit the sweet spots with the gameplay of FIFA 21. The matches flow smoothly, and the on-the-pitch play hasn’t been better. The game was nominated in the category of ‘Best Sports/Racing game’ at the 2020 Game Awards.

The Career Mode of the game has got new additions in FIFA 21. Players get to experience a revamped simulation mode, which allows the players to jump in and out of the matches and also change the game plans. FIFA 21 has an improved training system which lets the players take training schedules and improve on the ability to play in different positions. FIFA 20 introduced Volta Football, and the same is available in FIFA 21, with some improvements of course. Volta Football 21 has new playing modes including The Debut and Volta Squads. The Ultimate Team of FIFA 21 features a hundred iconic players and some new names. In addition to the previous version, FIFA 21 has Eric Cantona, Ashley Cole, Philipp Lahm, Bastian Schweinsteiger and more. In addition to another co-op feature in form of Squad Battles and Division Rivals, FIFA 21 gives players access to Friendlies where you can play a friend for objectives and rewards.

If you wish to make an online purchase, FIFA 21 is available for sale on Origin. Origin operates as the sales arm of EA and has got all the EA games listed for customers to purchase. You will have to log into the Origin using your EA ID and password. This will help you save the address and payment details, so you can make a hassle-free purchase. Your account will keep all the details handy regarding the purchases on the site. Once logged in, all you need to do is select the platform (PlayStation, PC or Xbox), and click on ‘buy now’. The payment methods of Origin vary as per the location. If you own an EA gift card, you can redeem it for the purchase right here on Origin. If you have any issues regarding subscription, payment or cancellation, you can reach out to the customer assistance team of EA via the contact form.