Find below the customer service details of Doritos. Besides contact details, the page also offers a brief overview of the snack brand. 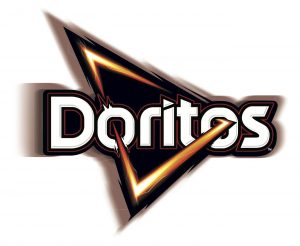 Every fun party starts and ends with a pack of Doritos. At least most of them do. Doritos, an American brand of tortilla chips, has been in the market since long. The chips are produced by Frito-Lay, which is a subsidiary of PepsiCo. The product was introduced in the market by Casa de Fritos, at Disneyland, California. Casa de Fritos is now known as Rancho Del Zocalo. The company used surplus tortillas, cut them, fried them and went up a notch by seasoning them. These dry chips did resemble the Mexican Totopos, but the flavouring was enhanced. Arch West, the then vice president of Frito Lay, did not fail to notice the popularity. In 1964, Arch West approached Alex Foods, which was one of the primary suppliers of many items for Casa de Fritos. Alex Foods agreed to provide Frito Lay with the ingredients, and the company started introducing the chips on a regional basis. The orders were so overwhelming that Frito Lay had to move the operations to one of the major plants in Tulsa, Oklahoma. Doritos was then mass-produced for the market in 1966, thus becoming the first tortilla chips launched nationally in the US. Doritos has been recognised as one of the favourite snack brands worldwide. The snack-brand recorded a sale of US $1.48 billion in 2017.

When the tortilla chips were first introduced, it had no flavour. It was in 1966, when the first flavour of Doritos, the Toasted Corn, hit the market. There has not been any stopping ever since. The product started with some hit variants which included Taco and Nacho Cheese. Majority of the speciality flavour entered the market after the 1980s. In 1994, Frito Lay spent US$ 50 million to redesign Doritos making the chips 15% thinner, 20% larger and with much rounder edges. The design was approved after two years of extensive market research which involved 50000 chips lovers. The rounded corners made the chips easy to eat and also minimised the scrap which was resulting due to broken corners. Nacho Cheese is still one of the most classic flavours sold by Doritos. Other famous variants of Doritos include Cool Ranch, Spicy Nacho, Midnight Taco, Spicy Sweet Chilli, Fiery Habanero, Sweet Chili Pepper, Salsa Verde and Roulette.

Doritos is largely popular owing to a number of reasons. Yes, quality and taste are the prime drivers for the growth, but PepsiCo has a good repo in the market right, and it would not be wrong to say that Doritos does get some edge there. The company takes customers and their feedback seriously. A dedicated support helpline is available to communicate any query or feedback. The website also facilitates a contact form, allowing customers to get in touch for comment, concern or suggestion.