Find below the support details of Clash of Clans game. Besides contact details, the page also offers a brief overview of the franchise.

About Clash of Clans 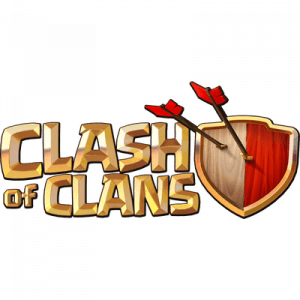 Clash of Clans is a strategy video game, which is developed and published by Supercell. The game was released in 2012 on Google Play. Supercell is known to create a lot of games, but only four of them reached the market. Among its available games in the market, Clash of Clans was able to hit the right spot. The game has a million daily active users across the globe. Clash of Clans was initially launched in Canada in 2012, with the code name ‘Magic’. It took the game only a month to reach the top spot of the best grossing game in the United States. One of the main priorities of the developers has been to make the game social and accessible to a huge chunk of players. Immediately after the success of the game, Supercell drove in to grab the opportunities that were available in the gaming markets of Korea, Japan, and China. The company now owns offices in San Francisco, Helsinki, Beijing, and Seoul. Clash of Clans earned US $727 million in 2019.

The game is fantasy-themed, where a player is made the chief of the village. The game tasks the players to build their own village, using resources that the player gains by attacking the Clans of other players. The players can join the Clans or create their own. Each Clan consists of a group of up to fifty people who can participate in the Clan war together. The members of each Clan can also donate or receive troops and communicate with each other. The game has four different currencies or primary resources. The Elixir and Gold resources are used to build as well as upgrade defenses and can be used to build traps that protect the player from the attack of other players. Dark Elixir is used to train the troops and spells. The most premium category of the currency on the game is Gems. Each attack on the game is rated on a scale of three stars, and the attack has a duration of three minutes. The game also has a pseudo-single player campaign, which allows the player to launch an attack on fortified goblin-villages.

If you have any queries regarding the game, you can gather information on the help page of the game’s website. If you have lost your Clash of Clan account which was linked to the Game Centre, Google Play, or Supercell ID, you can retrieve it by logging into the respective account. If that fails to work, you can go to the ‘settings’ in the game menu and click on ‘help and support’. Go on to tap on the ‘account’ section, and you can find all the information on how to recover the account. If that does not help, you can also find a ‘contact us’ button and send a message to the game support. For any correspondence with the help center of the game, make sure to use the exact user name as well as the Clan name of the account that you need help with. If the game is crashing, have a look at the FAQ titled’ my game crashes’ on the troubleshooting assistance page.