Find below the support details of Battlefield game franchise. Besides contact details, the page also offers a brief overview of the game. 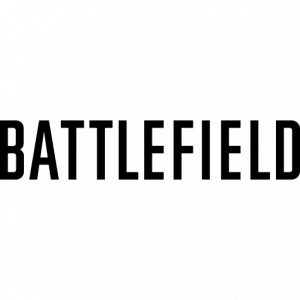 Living up to the legacy of multiplayer shooter games, Battlefield came to the market with Battlefield 1942 on OS X and Microsoft Windows. This first-person shooter video game was initially released in 2002 and has continued to keep the gaming fans on toes ever since. The game series is developed by EA Dice, and published by Electronic Arts. One of the leading game publishers in the world, Electronic Arts is popular for several chartbuster games.

The series is set in different eras and places, each having an interesting plot. Battlefield Vietnam, for example, was set in the Vietnam war, Battlefield 2 depicted a war between the United States and China, and Battlefield 2124 was set in a global ice age in the 22nd century. The game focuses on online battles where players can form squads. The Battlefield 2 started recording the stats of each player, gave them rank promotions based on performance, increased the weapon unlocking ability and started giving out medals, pins and ribbons. All the Battlefield games have class systems, wherein each class features a type of primary weapon and other equipment, which then differentiates their roles on the Battlefield. The melee combat engagement is present in all the games of the series. Battlefield 5 was praised for its finest gunplay experience, detailed animations, and a monumental soundtrack.

Battlefield game editions are available for purchase on the Origin. Origin is the digital distribution platform for EA, wherein you can purchase or play video games. The latest, Battlefield V, is available in two editions. Definite edition and Standard edition. The game is available for PC, Xbox One, PlayStation and Steam. To purchase the edition, you need to be registered on EA. You can sign in if you already have an account or register to create a new one. You can use the same id and password on Origin to make a purchase. All you have to do is select the game, choose the platform, and add the edition to your card. Your payment method can vary as the choice of the method depends upon the currency and location. If you have an EA gift card, you can redeem it for your purchase. You can always view your purchase history on Origin by logging into the website using your credentials. For queries on downloads, activation, add-ons, payment or other queries, reach the EA support. You can also browse the Help section or Forum for articles on a wide range of topics.