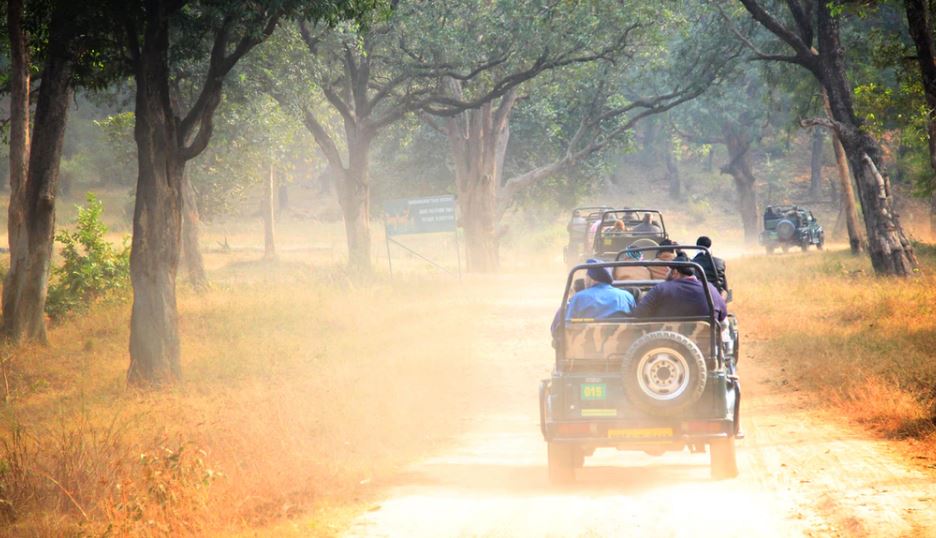 Originally, a hunting ground of the royal residence of Rewa, the site became a forest reserve enclosing a core area of 105sq.km, and gradually increased the forest extents, to 448.85 sq.km. In 1968, Bandhavgarh reserve stands declared as a National Park, and later became one of India’s Tiger Reserves, under Project Tiger, in 1993.

The Bandhavgarh terrain comprises of four land zones, namely the Tala Zone, the Magdhi Zone, the Khitauli Zone, and the Panpatta Zone. Of these four zones, the Tala Zone is rich in vegetation and wildlife habitat, making it the most visited zone in the Park. Inside the park, there are 12 natural waterholes, 32 hills, 39 ancient caves, along with the historic Bandhavgarh Fort at the centre of the park, and various other dilapidated monuments, dating back to over 2000 years old.

At Bandhavgarh, the chief vegetation is Sal forest and mixed deciduous forest, and the land topography is of tall grasslands, hilly slopes, valleys, and lush green meadows, tropical and moist deciduous forests. The forest reserve records over 22 species of land mammals, and 200 species of migratory and resident birds, along with a rich collection of trees, plants, and flowers. Some of the wildlife attractions include the Asiatic Jackal, White Tiger, Sloth Bear, Spotted Deer, Chinkara and others.

Besides wildlife and the forest reserve, other tourist attractions at the Park include the Baghela Museum ( private collections of the Royals of Rewa), the Bandhavgarh Fort (2000 years old, historic fort), the Cave Point, the Bari Gufa (a 10th century man-made cave), Gopalpur (bird watching spot ), and the Mahaman Pond (watering hole to spot animals and birds) 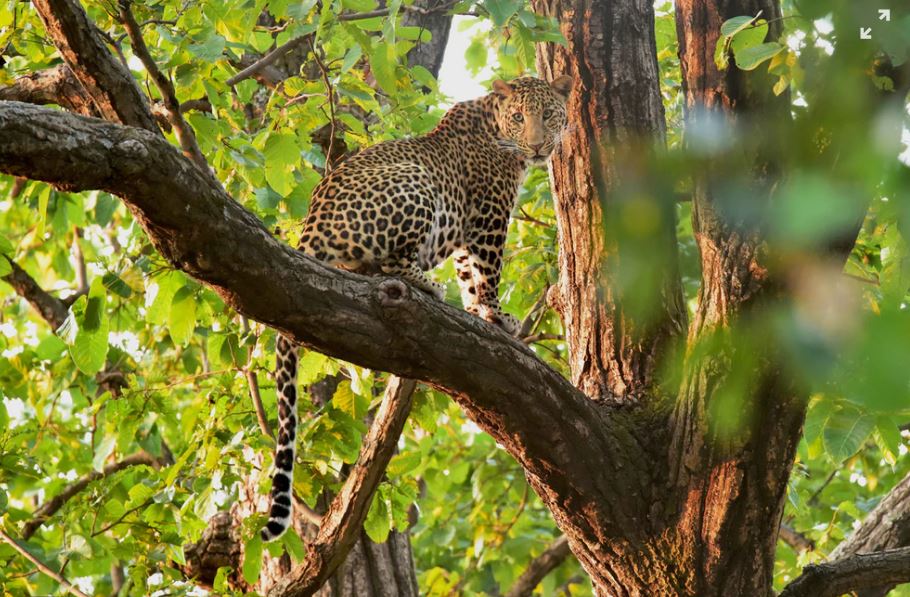 The ideal time for safari tours at the park is from October – June, and the spring season is the best to spot Royal Bengal Tigers, and so are the summer months of April- June. The winter season, from November to March is best for viewing the green landscape, and bird watching is ideal, during the month of January to March. The months of April to June is ideal, to capture and film spectacular picturesque shots of the forest reserve.

The park offers three types of safari rides, namely the Jeep, the canter, and the elephant, to explore and spot animals at the forest reserve. A jeep safari costs, INR 5,550 for Indians, and INR 7,550 for foreigners, and covers four zones. A canter safari costs, INR 535, cover three zones, whereas an elephant safari costs INR 3,000, and covers only the Magadhi Zone. Each ride lasts for 2 hours, and pre-booking is essential for safari rides.

To reach the National Park, the nearest airport is at Jabalpur and Khajuraho, and the nearest railway station, Umaria is 35 km from the park, and is a good 45-minute ride by road. Cabs, buses, and private vehicles are available from Rewa, Katni, Umaria, and Satna, to reach the park.