Find below the customer service details of Assassin’s Creed game. Besides contact details, the page also offers a brief overview of the franchise. 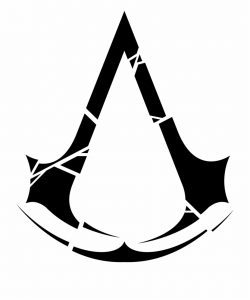 Assassin’s Creed is an action-adventure video game published by Ubisoft. The game is developed by the Ubisoft Montreal studio, with assistance from the game engine Anvil along with its more advanced derivatives. The creators of Assassin’s Creed are Patrice Desilets, Corey May, and Jade Raymond. The first series of the game was released in 2007, and the entire series has got eleven games so far. The most recent release of the game is Valhalla, which was released in 2020. The series features a collaboration of science and history fiction, which are intertwined with some known historic events and famous figures. The series is known to take inspiration from Vladimir Bartol’s novel Alamut. Bartol was a Slovenian writer, and his writings are a major source of inspiration for the game. The concepts of the game are designed around the Prince of Persia series, and the game itself originated out of the ideas for the sequel of Prince of Persia: The Sands of Time. The 3D adaptation of the Prince of Persia games were made for Xbox, PlayStation 2, and GameCube. The first game had some impressive parkour moves and combat. The game was a huge success for Ubisoft, and the publisher requested Ubisoft Montreal to develop the sequel. The game was listed in the world’s highest-grossing video game franchises and has recorded a revenue of an estimated $4.5 billion as of 2020.

The game is centered around fictional members of Order of the Assassins and an in-game character, with the latter experiencing the memories of the former by use of a device known as Animus. The Animus allows a user to explore each of the memories which are passed down through genetics. If the player causes its character to die or fail, the game reflects that as ‘desynchronization’. The player has to attempt the same mission again if that happens. The game is presented in the third-person perspective, where the player has to focus on stealth and parkour. The mission structure includes covert missions and the assassination of public figureheads. Side missions such as the mapping of cities, collecting the treasures, exploring the ruins for relics, building a brotherhood of Assassins for particular tasks, or funding for the rebuilding of cities, via upgrading or purchasing. The game also includes active moves, which means actions like running, jumping on the rooftops, climbing walls and buildings, all of which can alert the nearby guards.

Considering the fame of the game, it has successfully attracted millions of players so far. If you are a pro or a newbie, and you are facing any technical issue with the game, including a bug or a glitch, or you have lost access to your account, you can get in touch with the assistance team. If you want to purchase the game, you can get it from all the major eCommerce portals. You can also purchase a digital edition of the series from the official Ubisoft website. All you need to do is select a platform (PC- Steam, PC- Ubisoft Store, PlayStation 3, Xbox 360) and click on ‘buy now’. Proceed to make payment and you are good to go. If you wish to seek a refund for the purchased game, you have two weeks of purchase and less than 2 hours of playtime to do so. You will be issued a full refund within a week of approval if applied in the stipulated period. 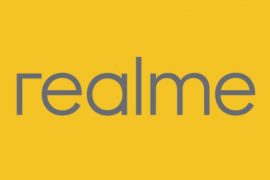