Find below the customer service details of Apple TV+. Besides contact details, the page also offers a brief overview of the streaming service. 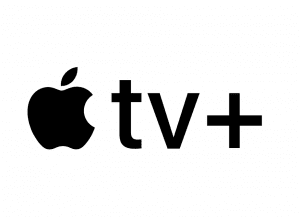 In March 2019, Apple surprised the world with yet another world-class service in the form of Apple TV+. Public figures and celebrities like Jennifer Anniston, Oprah Winfrey, Jason Momoa, and Steven Spielberg joined the company in the Steve Jobs Theatre to introduce the new and exciting product to the world. In November 2019, Apple TV+ was launched. Apple TV+ is an ad-free video on demand service which allows  subscribed users to stream content online. Users can stream the content through Apple’s official website or their TV app. As of 2020, more than 10 million users have purchased a subscription to the service. At the time of their launch, the company had plans of launching the service in more than 150 countries. However, immediately after the launch, the service was already available in over 100 countries which made it extremely widespread. The service is ad-free, and users can access a variety of original TV shows and movies that cannot be streamed elsewhere. The company has since long made efforts to turn Apple TV into a one-stop destination for all the streaming needs, which is why the content offered is extremely diverse and well-liked. The company pulled out big guns at the initial launch by offering shows featuring big names like Reese Witherspoon and Jennifer Anniston.

The service should not be confused with Apple TV. The latter comes with a set-top box and a service that allows the users to subscribe to other streaming services. On the contrary, Apple TV+ is a stand-alone streaming service. Apple TV+ has a unique “three episodes a week” content strategy. What makes a difference with the users is the fact that the subscription costs only five dollars a week with a seven-day free trial. The users can opt for an annual subscription for $49.99. After paying the amount, the application will allow you to stream Apple Originals, but the user will still have to pay for other Apple TV channel subscriptions separately. At this fee, six members of your family will also get access to this exclusive content.

Interestingly, Apple did not go for tier subscriptions. There is one subscription plan for all. Apple also offers a bundle product to its users. In the form of an Apple One subscription, the user can get access to Apple TV plus, Apple Music, Apple Arcade, and 50 GB of iCloud storage. All of this for just $14.95 a month. You can upgrade this plan for 6 members of your family by paying $19.95 a month. All you need to do is to download the Apple TV app from the App store, you can try it for free for the first seven days, and the application will charge you $4.99 afterward automatically. The App is available to more than just Apple devices which makes it all the more versatile and easier to use. It will come pre-installed on Apple devices.