Contact Alhambra: Find below customer service details of Alhambra, Granada, including phone and email. Besides contact details, the page also offers a brief overview of the tourist landmark.

About Alhambra
Alhambra, the royal citadel and the enduring remnant city of the Moorish monarchs, is a prime attraction of marvel for tourists visiting Granada, Spain. Hailed as a world heritage site by the UNESCO in 1984, the fortress of Alhambra overlooks the stunning panoramic view of the Andalusian terrain and the Sierra Nevada Highlands. 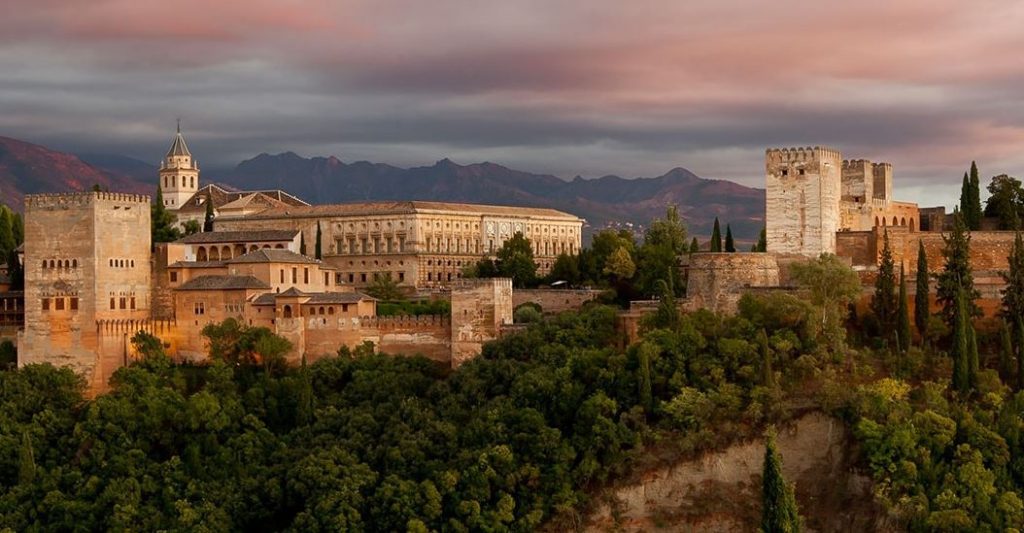 With astounding architectural iconic features, the outer walls built with sun-dried bricks portray the artisanship of the Moorish empire. Dubbed by the locals as “the red castle”, the Alhambra palace attracts 6000 visitors every day and is the most often visited holiday destination in Spain.

Built by Muhammed-Al-Ahmar, the founder of the Nasrid dynasty in the 13th century, the palace encompasses the Alcazaba (a military stronghold), the alcazar (the royal palace), and the Madinah (capital city). The citadel wall extends to an impressive 2000 metre long and has 29 battlement towers and 7 magnificent entrance gates, leading towards the intriguing labyrinth passageways of the palace. Other focal attractions include the impressive fountain of 12 marble lions, the plush and eye-catching Generalife gardens, the Court of Myrtles, the serene inner courtyards and pools, reflecting the entrance aisles and the intricate workmanship of Arabic inscriptions in the Hall of the two sisters.

The interiors of Alhambra features, intricate geometric forms aligned with the towering ceilings, frescoes, plaster and stucco walls, and ornamented columns that add to the dramatic backdrop of the palace silhouettes. The palace echoes the remnants of the Arab rule, with its rich and luxuriant marble-inlaid stones, and spectacular high domed vaults, with eye-catching honeycomb patterns.

In addition, the open-air concerts of the Granada International Festival of Music and Dance, at the Alhambra palace gardens, held every year during the summer is a major attraction for tourists. Guided tours are highly recommended, for the best experience to learn and unravel about the historic past of Alhambra and Moorish architecture.

Reservation of tickets via online is highly preferred to avail the best time slots. The busiest and the best time slots are from 8am, and the nighttime slots start from 10pm. The tickets for adults sell at 15 euros and, are free for children below 12. Being on time is essential, as there are strict regulations of entrance timings, and only 300 visitors are allowed per slot, so planning well ahead to commute is important. It takes 4 hours to tour the Alhambra, based on the itinerary guide available online, and the palace remains open all round the year, excluding on 25 December and 1 January.

Tourists can purchase the Granada Card, a travel pass that gives access to Granada’s most popular sights, including Alhambra. There are 1 day, 3 day and 5 day passes. Additionally, you can purchase tickets from the official website here. The Alhambra General ticket gives you access to Alcazaba, Nasrid Palaces and Generalife. Tickets purchased will be valid until the visit’s day. There are discounted tickets available for students and those with disabilities. You can book tickets through Visa or Mastercard debit/credit card. Note that tourists can cancel tickets up to 5 days before the visit. For more information or queries on tickets, refund, events, schedule, parking, or others, reach the Alhambra support.