Find below the customer service details for AirAsia baggage. Besides contact details, the page also offers a brief overview of the company. 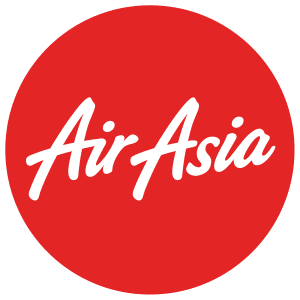 The largest airline in Malaysia, AirAsia is one of the most reputed airlines in Asia. A low-cost carrier, it surpasses all airlines in terms of fleet size and destinations. AirAsia planes fly to more than 160 destinations covering around 25 countries. The airline is a customer-friendly airline which has been felicitated with the title of being the “world’s best low-cost carrier” for eleven consistent years by Skytrax. AirAsia is known to provide exemplary service in international as well as domestic travel. With its primary hub at klia2, AirAsia has multiple affiliate airlines such as Indonesia AirAsia, Philippines AirAsia and Thai AirAsia. AirAsia has other hubs at Manila-Ninoy Aquino, Bengaluru-Kempegowda, Bangkok-Don Mueang, and Jakarta Soekarno Hatta airports. AirAsia’s sister airline, AirAsia X focuses mainly on routes that are longer and time-consuming. Founded in December 1993 as a government conglomerate, AirAsia commenced its operation in the year 1996.

As far as checking in additional baggage is concerned, passengers can pre-book the luggage beforehand. You can carry baggage weighing 15 kg, 20 kg, 25 kg, 30 kg, and 40 kg. If a guest buys a tier such as Value Pack or Premium flex, or Premium flat, the checked baggage cost will be included in the fare, and no additional cost will be levied. It must be noted that any passenger can pre-book their luggage via their Big Member account, which is a loyalty program for the AirAsia guests. Guests can book their luggage while they do their web check-in via their laptop or cell phone. As per the AirAsia Website, checked baggage fees are lowest during initial flight booking. If a passenger wishes to check-in their luggage at the airport, the costs will be higher in comparison. A guest flying from the United States can pre-book flights in units or pieces. 1 piece will allow you to carry a maximum weight of 20 kg and 2 pieces will permit you to carry 2 pieces with a maximum weight of 20 kg each. If you receive damaged baggage on arrival at the destination airport, you will need to contact a guest service officer before you leave the airport. In case you lose your baggage, you will be asked to produce documents such as a passport, bank statement, SWIFT/BCB/IBN code (for an international transaction), an authorization letter for 3rd party account (if necessary), a copy of 3rd party ID (if necessary). You will be contacted by the central baggage tracing office staff for a further course of action.