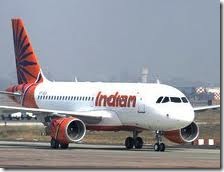 Based in Mumbai, Indian Airlines is a state owned airline that is managed by the Ministry of Civil Aviation, Government of India. In the year 2005, Indian Airlines was rebranded as Indian. The airline operates closely with Air India.

The airline began its operations in 1 August 1953. The motto of the airline is to offer quality service, efficiency and reliability. Indian Airlines operates regular flights to 76 destinations, 58 within India and 18 abroad. Air India, as the national carrier, has traditionally played a pivotal role in promoting tourism to India. Indian Airlines Limited is wholly owned by the Government of India through a holding company and has 19,300 employees as of March 2007. Visit the website or speak with an Indian Airlines customer care representative for more details.